The SFP is the more compact transceiver module used in optical communications. It interfaces a network equipment moter board to a fiber-optic or unshielded twisted pair networking cable.This is probably the most diffused transceiver format available with a variety of different transmitter and receiver types, allowing users to select the appropriate transceiver for each link to provide the required optical reach over the available optical fiber(e.g., multimode fiber or single-mode fiber). In this article, SFP telecom knowledge will be provided.

FIGURE 1  Pictorial representation and dimensions of a pluggable SFP Transceiver.

A drawing of and SFP Transceiver is presented in Figure 1, where the particular connector for the input and output fibers that, with different dimensions, is present in all the transceivers is evidenced. The way in which the SFP Transceivers are hosted on the motherboard using a suitable cage allowing a hot plug is shown in Figure 1, where both the empty cages on the front of a system card and the cages with plugged SFPs are shown.

SFP module is commonly available in four different categories: 850nm (SX), 1310nm (LX), 1550nm (ZX), and WDM, both DWDM and CWDM. SFP Transceivers are also available with a “copper” cable interface, allowing a host device designed primarily for optical fiber communications to also communicate over unshielded twisted pair net-working cable.
Commercially available transceivers have a capability up to 2.5 Gbit/s for transmission applications; moreover, a version of the standard with a bit rate of 10 Gbit/s exists, but it can be used only to connect nearby equipment, and is very useful to spare space and power consumption as inter face in the client cards of line equipments.Modern optical SFP Transceivers support digital optical monitoring functions accord-ing to the industry standard SFF-8472 MSA. This feature gives the end user the ability to monitor real -time parameters of the SFP, such as optical output power, optical input power, temperature, laser bias current, and transceiver supply voltage. SFP transceivers are designed to support SONET, Gigabit Ethernet, Fiber Channel, and other communications standards. 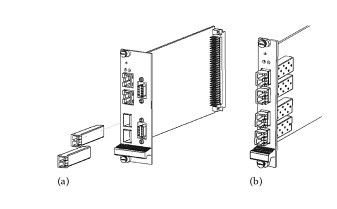 FIGURE 2   Hosting of SFP Transceivers into a system card.

The standard is expanding to SFP+, which will be able to support data rates up to 10.0 Gbit/s(that will include the data rates for 8 Gbit Fiber Channel, and 10 GbE). possible per-formances of different realistic SFP Transceivers are reported in FIGURE 3.

The MSA for the XFP transceiver was born after the start of the success of the SFP format to provide a transceiver with a form factor suitable to host 10Gbit/s transmission compo-nents, but sufficiently compact to reproduce the advantages of the SFP.
In a short time it was evident that the XFP industrial standard was really tailored according to the system needs and at present this is the only type of transceiver used in thelecom equipments whose evolution is targeted to high-performance interfaces at 10 Gbit/s.
At the beginning the target was a simple short-reach or medium-reach interface, but the evolution of the lasers and the Mach-Zehnder modulators integrated on InP platform is driving the development of a new generation of high-performance XFPs with tunable long-reach interfaces.
Thus, at present, there are a large number of different XFP transceivers designed for telecommunications: from the transceivers with gray short-reach interfaces for application in the client ports of optical equipments to short-, intermediate-, and long-reach DWDM interfaces, both with fixed and tunable lasers, to CWDM10 Gbit/s transceivers.

Technology for Telecommunications:Integrated Optics and Microelectronics

FIGURE 4   Pictorial representation and dimensions of a pluggable XFP transceiver.

The drawing of an XFP transceiver is presented in Figure 4 with the indication of the transceiver main dimensions.XFP transceivers are slightly greater than SFPs, but they are by far the smaller 10 Gbit/s interfaces suitable for DWDM transmission, and even if the transmission performances attainable with MSA 300 PIN are better,seceral optical systems, even when requiring long-haul transmission, adopt XFPs. As a matter of fact, the advantages in terms of space, power consumption, and failure management often over-commpensate a certain transmission penalty.

The way an XFP is hosted on the motherboard is shown in Figure 5. As in the case of the SFP there is asuitable cage that has to be mounted on the motherboard in order to allow the XFP hot plug. Since high-performance XFPs have a high ratio between power consumption and area of contact with the cooling air flux, a heat sink is generally needed to increase the heat exchange area. This is mounted directly on the cage to minimize the thermal resistance.(Related products in: xfp-10gzr-oc192lr) 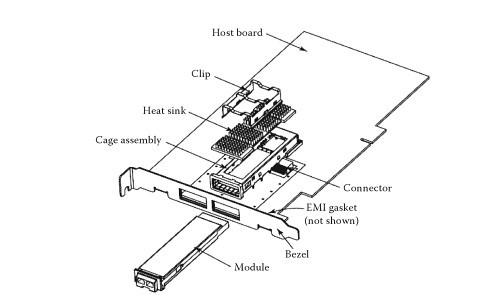 FIGURE 5   Hosting of XFP transceivers into a system card. 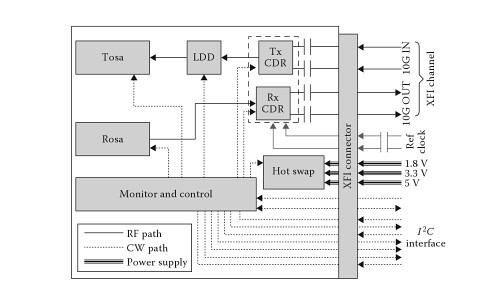 The functional diagram of a high-performance XFP is shown in Figure 6. From the figure it results that the module is controlled via an inter face, the same that is used also to control MSA 300 modules. This clearly declares the fact that an XFP is not conceived as a low-performance module; on the contrary, it is equipped with a sufficiently powerful control interface to allow even the most complex features to be configured and managed. Hope the knowledge of SFP telecom and XFP telecom